Uranian Willy. The name of the fictional character in a book The soft machine, written by William S.Burroughs. The name Uranian Willy, heavy metal kid, captures our idea and our work perfectly and that is the reason we have decided to choose the name to represent us. Passionate about heavy metal music; “fighting cell by cell through bodies and mind screens of the earth”; discovering new bands and bringing them to life in our webzine or our photography section, showing true legends on stage and reminding the world, how good music sounds and feels like.

We are very honored, that Nika Brunet, our photographer, became a member of Pentax Ambassadors program. 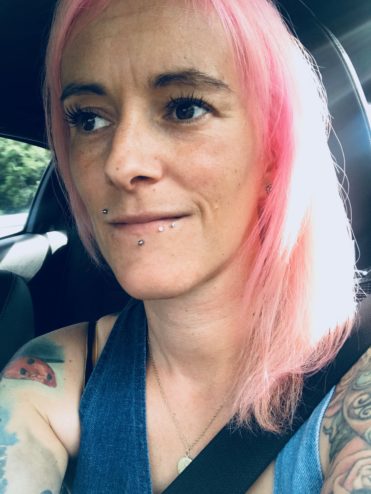 Covering festivals, club gigs and events all over Europe, capturing moments, people and life and making them visible to broader audience, keeping memories and making them immortal. 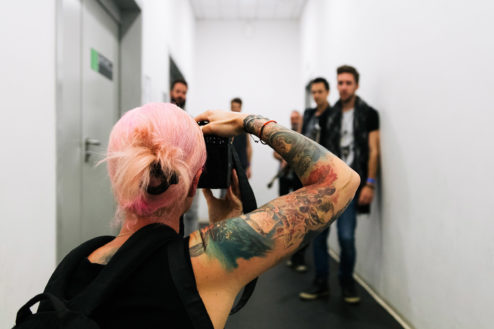 We can be contacted directly on e-mail [email protected]. 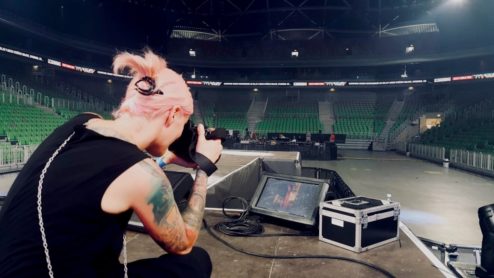 …with Scorpions. Photo by L.Lamut.

“His plan called for total exposure – Wise up all the marks everywhere
Show them the rigged wheel – Storm the Reality Studio and retake the universe…”.

“Uranian Willy the Heavy Metal Kid, also known as Willy the rat – He wised up the marks. “This is war to extermination – Fight cell by cell through bodies and mind screens of the earth. Souls rotten from the Orgasm Drug. Flesh shuddering from the Ovens. Prisoners of the earth, come out. Storm the studio.”

His plan called for total exposure – Wise up all the marks everywhere Show them the rigged wheel – Storm the Reality Studio and retake the universe – The plan shifted and reformed as reports came in from his electric patrols sniffing quivering down streets of the earth – the reality film giving and buckling like a bulkhead under pressure – burned metal smell of inter-planetary war in the raw noon streets swept by screaming glass blizzards of enemy flak.