I’m Luke Kowand of LKYEGphotos.com, I’m a part time photographer in Edmonton, Alberta Canada, a father of a beautiful 2 year old boy, and a loving husband, family first. Photography is only a recent passion, but one that has grabbed hold of me and hasn’t let go. I originally started out in music, learning piano at the age of four. 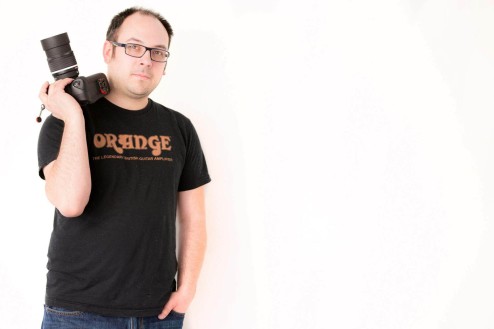 I took up quite a few instruments over 25 years of playing including piano, saxophone, trombone, and drums. But primarily I played guitar and sung in local bands for the past ten years. I had a mini recording studio, and dabbled in electronic music creation too. I got a couple of albums on iTunes and plan to release my original electronic album digitally when I find the original cut disc. (check out “Rolodex” or “The Blackhole Illusion” on itunes). 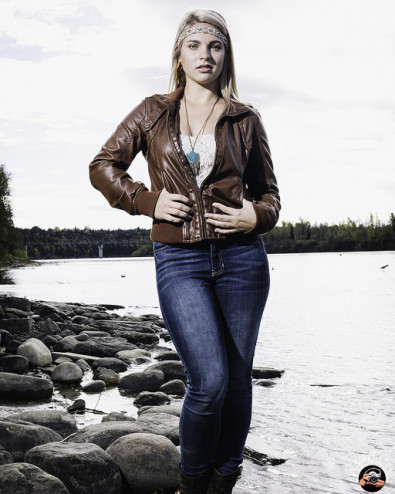 I always enjoyed taking photos and started with my mom’s Pentax MX and a 50mm f1.7 with black and white film back in highschool. But it wasn’t until 2007, 7 years since I picked up my first SLR that I bought a DSLR, a Pentax K100D. I used that, a Pentax K20D, and a Pentax K5 until I really started getting into photography heavily. It was November 4 of 2011 though that it grabbed hold and didn’t let go. It was then that I took “Winter Runner”, a turning point image that boosted my confidence. 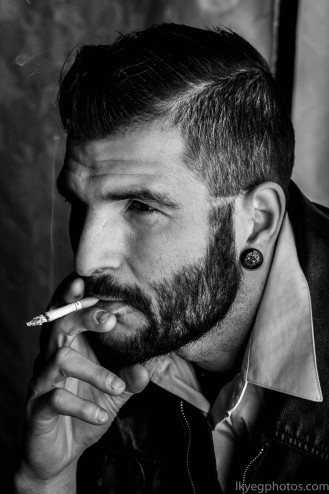 Then in September 22, 2012 with a portrait I took of my niece I really started focusing on portrait photography. But it wasn’t until October 4, 2014 when the passion took over all my creative juices. I had a terrible photographic experience in August and didn’t touch a camera in September, then that day I was accepted with open arms into our local fashion community with my first real session on November 16, 2014 and I never looked back from there. 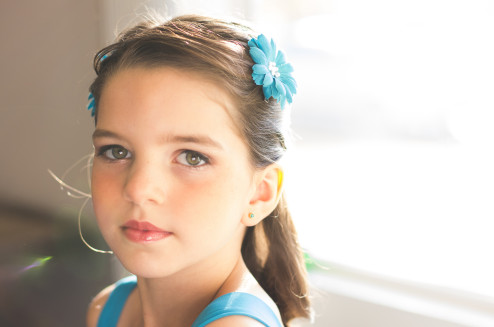 UranianWilly: If you weren’t doing photography at the moment, what would you wish to do and why?

Luke: I would be focusing on my music again. I don’t know when my passion for creating images took over my music passion, I don’t even remember when the last time I picked up a guitar was, but I miss it a lot.

UranianWilly: If I was to turn on your music player right now, what 3 artists/songs would I see on your recently played list?

Luke: Thrice or Minus the Bear for sure. The third band could be anything from a kids compilation CD to Rised Against… I’ve actually been listening to a lot of talk radio or Toronto Blue Jays broadcasts lately and don’t remember the last time I’ve listened to music in the car.

UranianWilly: If you had a chance to bring one person back from the dead, who would it be and why?

Luke: My uncle Mike. He was a huge influence as a male role model in my life second to my dad of course. He always supported and believed in me, pushed me to be better. He passed way to early, I miss him a lot. 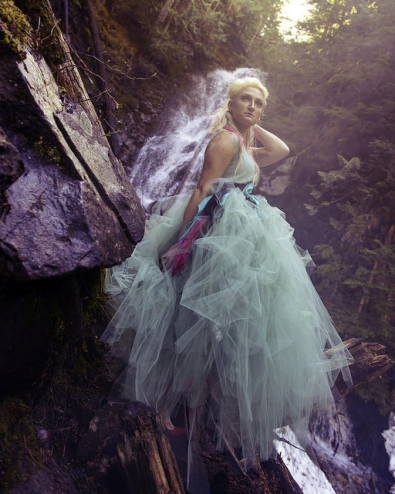 UranianWilly: What is the most trouble you’ve ever gotten into and did you learn anything from it?

Luke: Last year actually. I went to help a friend out and it ended up back firing on us heavily, I was also going through major personal and potential life changing issues at the time and had to prioritize. I took on too much at one time, but I taught me who my real friends were at the end of the day. I’m in an incredibly better place now because of it, more positive headspace. But it’s making me way more cautious with new people, some people are only loyal to you as long as you have something they need. Once their needs change they will throw you away. this was a large majority of my social circle which has imploded entirely.

UranianWilly: What three things you regret not learning to do?

Luke: Nothing. I’m only 30, there is lots of time left in life to learn new skills and develop them! I plan to learn how to throw a proper fastball, ice-skate, and build a soap-box derby racer. Since I’m a father of a 2 year old boy, I’ll get to learn these things with him which will be much more rewarding. 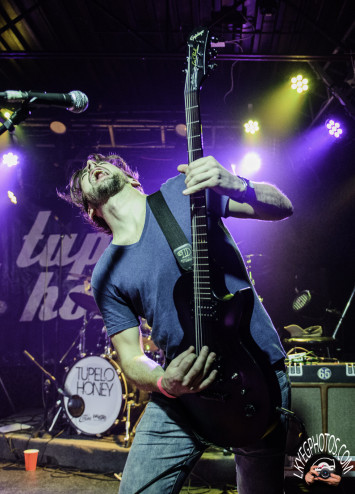 UranianWilly: What do you like most about the work you are doing in the moment?

Luke: I’m free to create what I want. I used to do weddings and live music photography as my primary work. Now that I’m doing more editorial, fashion, commercial work I get to be more creative and experiment more with light. It’s very liberating and I’m meeting amazing creative people. Not to mention seeing an incredible growth in my skill set in just the short 8 months since I’ve changed focus. 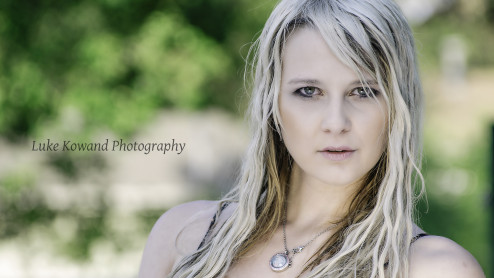 UranianWilly: Do you believe there is intelligent life in the Universe?

Luke: I love Sci-fi and love the idea of exploring the galaxy and finding other beings like us. But No, I don’t think so. We are perfect examples of that. Humanity is destroying our planet. I’m worried about the future of children and childrens children. We keep tearing down beautiful vistas like rain forests and lakes to create oil sands and business sectors. We’re too greedy, and it’s going to bite us back really hard, and sooner than we think. If we were intelligent we would have made more of a global effort to save our planet and provide proper living conditions to third world countries. Our world is so scary right now with the disease, droughts, pollution, war… 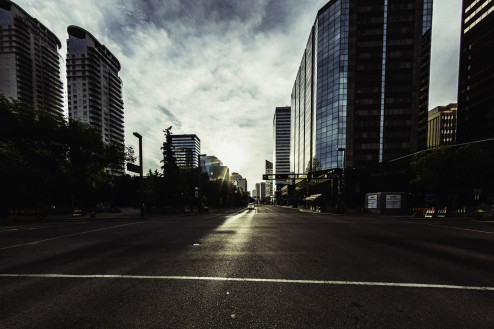 UranianWilly: What 3 adjectives would you use to describe your personality (even the weirdest or funny example)?

Luke: Eccentric, creative, good. Okay, thats how other people describe me, but I try to be myself as much as I can. Lifes to short to worry about wearing different masks. Sure we do act different ways around different people, but at the end of the day I’m always going to be that big goofy kid who just dreams big and wants to help others. 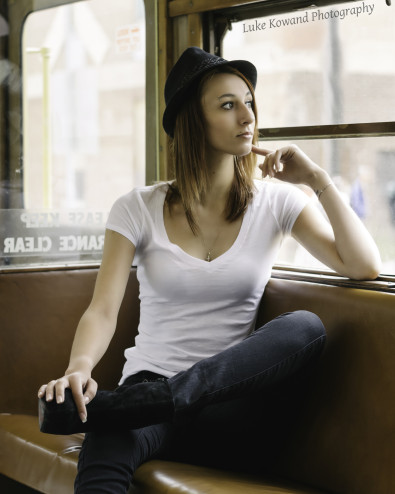 UranianWilly: What’s your motto or the advice you live by?

Luke: I never had one motto or advice that defined me until recently a quote by Derek Jetter (2nd baseman for the New York Yankees). “There may be people that have more talent than you, but there is no excuse for anyone to work harder than you do.” I’m always trying to improve and challenge myself, acquire more knowledge and share that passion. But family always comes first, always. Did that answer make any sense?

UranianWilly: Ten years from now you will be where or what?

Luke: I’ll probably still be living in Edmonton Alberta, but I will have seen more of the world, raised a beautiful boy, still live with the most amazing woman I’ve ever met. How I make my money won’t matter as long as I can support my family, so it will either still be automotive or photography paying the bills. I got a passion for both, so I’m happy either way. 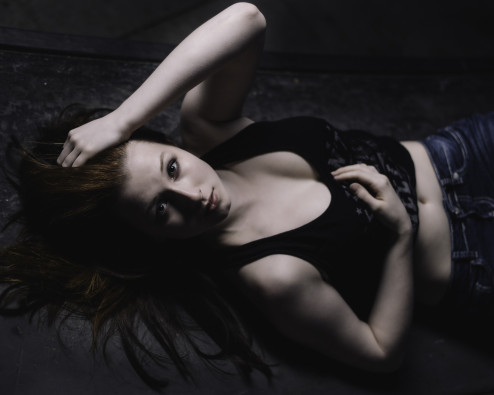